Raya at The Ritz Carlton 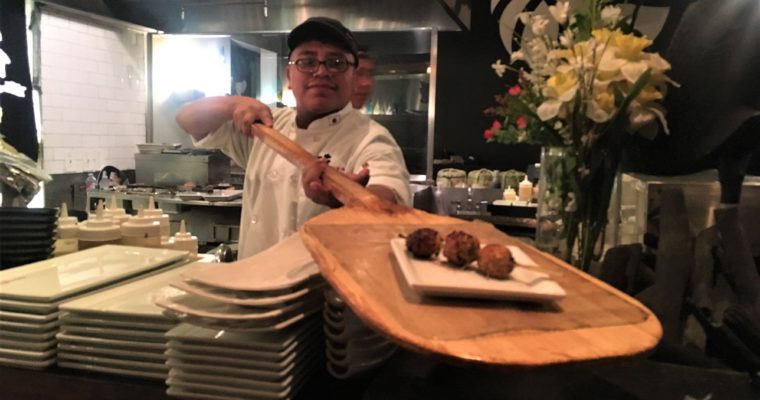 Last night I met up with my old friend, Brian, for dinner, whom I haven’t seen in a while.  He loves the Japanese culture, so he suggested we go to Robata Jinya.  It’s a small but lovely place, with modern Asian decor including a Samuri, and… One of the FABBEST estates in Montecito California is called Graholm where my dear friends Anne & Allen Sides have been living for the last 7 years.  It was built in 1918 by David Gray, an early investor in the Ford Motor Company, and his… 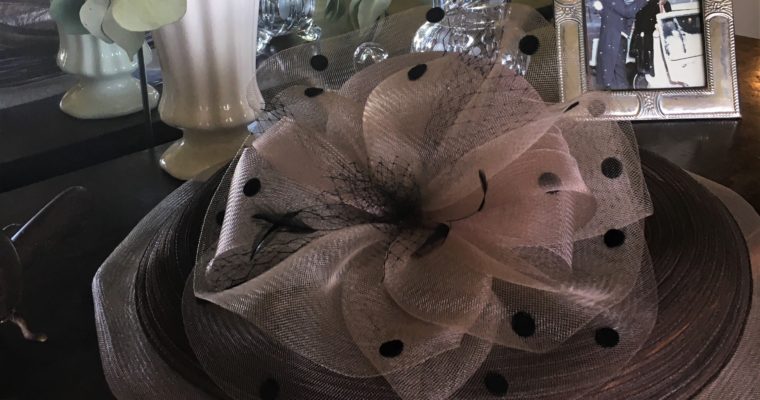 On our way back to Los Angeles after our Fab time in Dana Point, Mary, Cathy & I stopped into a darling shop in Laguna Beach called “Violet Boutique”. Cathy said we shouldn’t miss it. It’s located at 241 Forest Ave right in the heart… After our Fab day of shopping at Voilet Boutique in Laguna Beach where I got some even Fabber hats, Cathy, Mary & I stopped into the Fig & Olive at Fashion Island Newport Beach for lunch. I’ve frequented the one in Los Angeles many times… 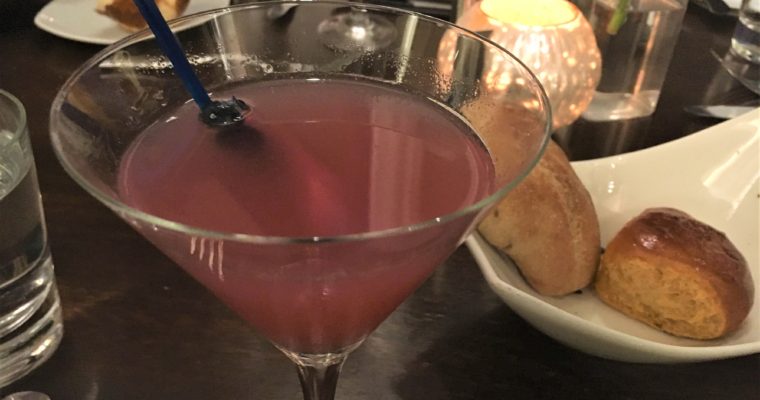 Raya at The Ritz Carlton

I’m continuing my California Bucket List and decided to take a drive down to Dana Point to visit my girlfriend Cathy Britan & her daughter Rachel. My girlfriend Mary Stavin drove us down. It’s was a great way to relax, spend time with friends and… 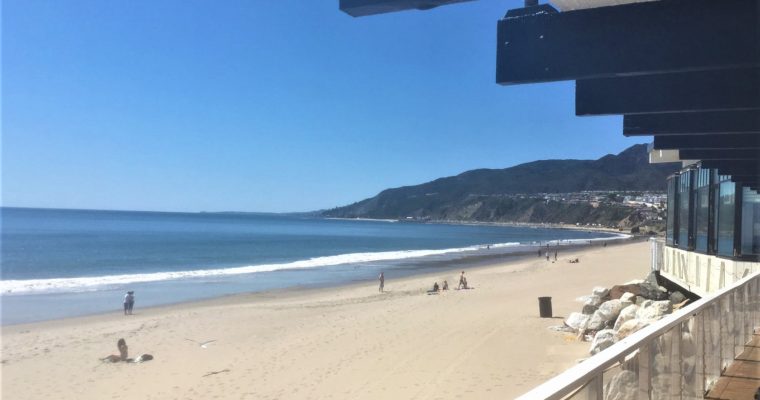 After a long morning, I decided to take the long trek out to Malibu to see my friend Sally who was doing some work at Gladstones.  I figured that even though I was exhausted and over-tired, a couple hours beach-side was necessary.  Plus hanging with… As a native Californian, I am getting on my FAB California Bucket List ASAP!  I hope you’ll enjoy coming along.  I know there will be lots of beautiful scenery and even more fun to be had. Yesterday, Devon and I took our first walk up…

Fab Things To Do, Hikes/Walks, Hollywood, Los Angeles
-
by Gretchen 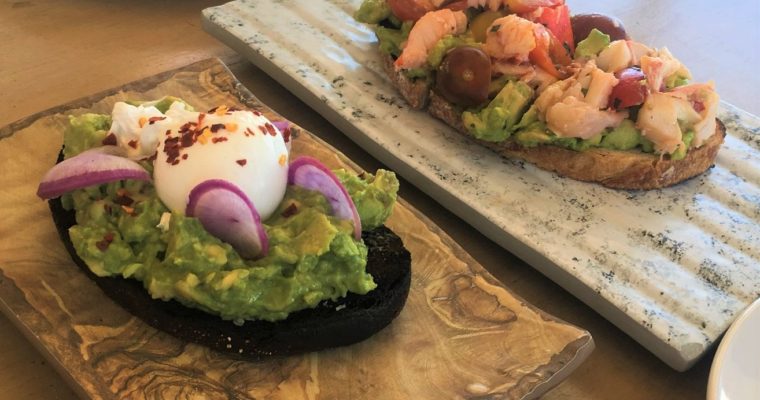 What a FAB day I had with Gretchen. It’s been a long time since we’ve been able to hang out, so it was time to resurrect the blog, and we did it at The Highlight Room, the rooftop restaurant at the Dream Hotel in Hollywood. … 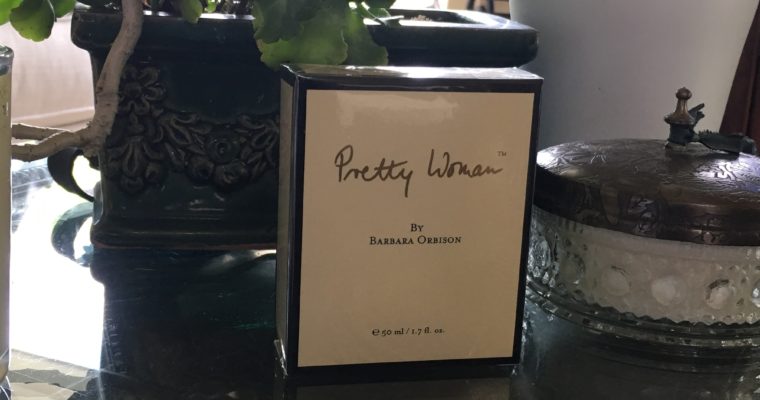 Had a Fab dinner at Pace with my husband and our friend Chuck Fleckenstein who is the General Manager of Orbison Music and Publishing. I was delighted when he gifted me a bottle of Barbara Orbison’s perfume called Pretty Woman named after the iconic song of… 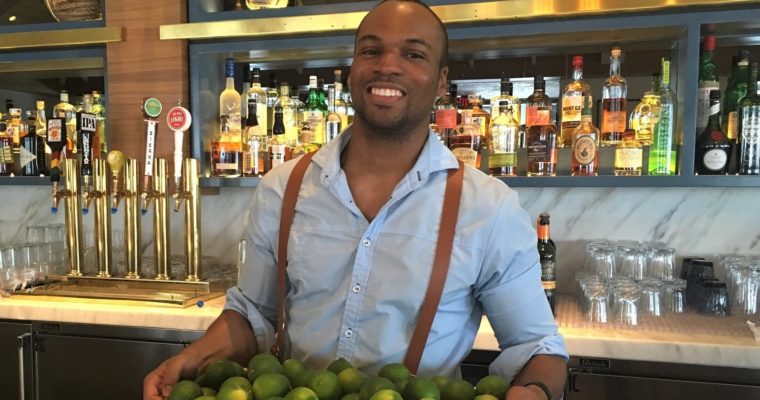 Gretchen had some errands to run today, so I met her close by at Laurel Point for lunch. She had been there before and a friend of hers also recommended it as a great place to go for happy hour. Seemed like a bit of an… 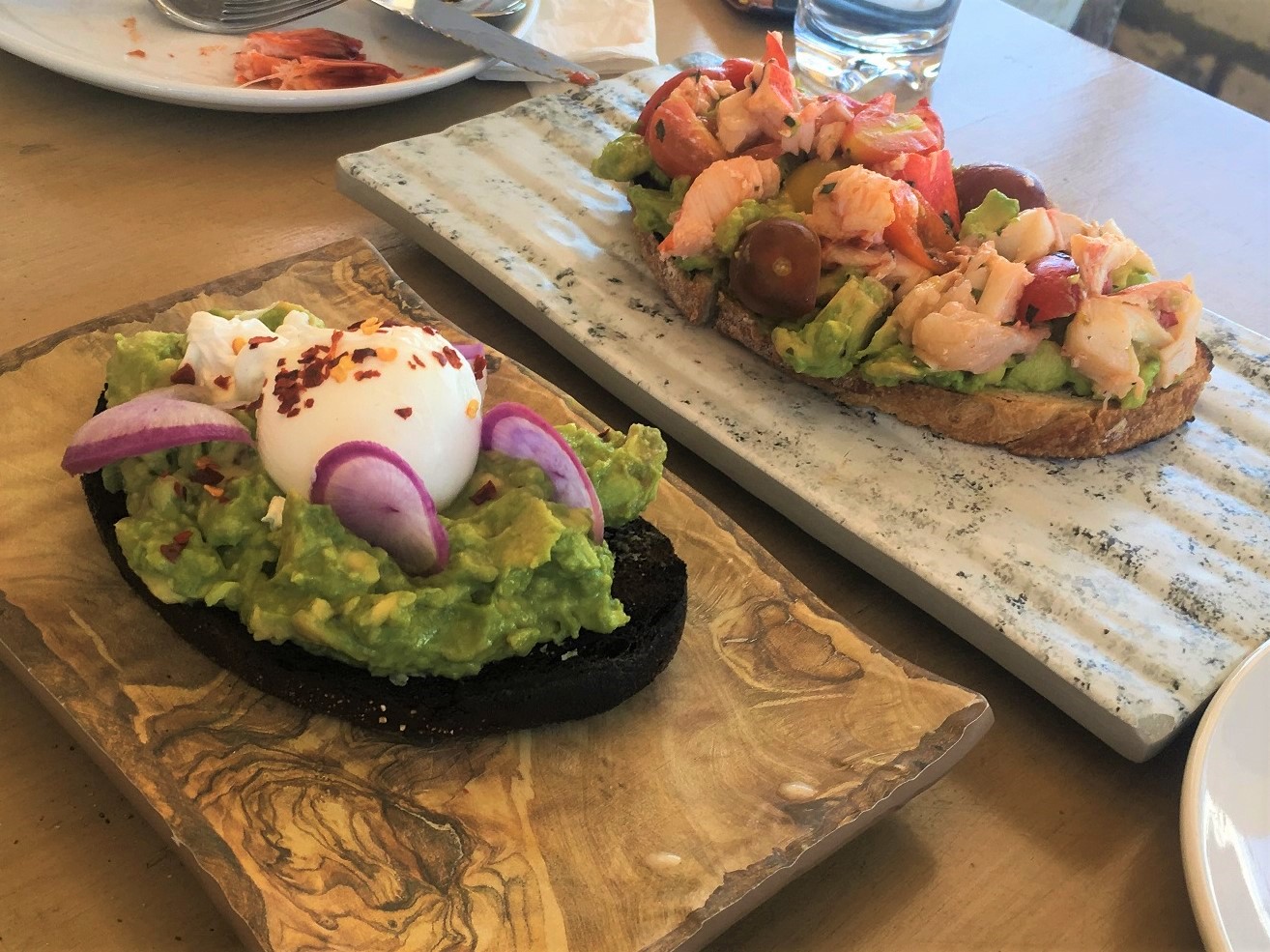 What a FAB day I had with Gretchen. It’s been a long time since we’ve been able to hang out, so it was time to resurrect the blog, and we did it at The Highlight Room, the rooftop restaurant at the Dream Hotel in Hollywood.  I remember they had finished building this hotel just after I moved into my place a block away and was excited to see how Fab it would be and it doesn’t disappoint.  I’ve been to the Dream Hotel in NYC for a bridal shower and had an awesome time, and after spending the afternoon at this one today, I experienced similar results.

When we arrived, we were immediately greeted by one of the hotel staff. He was just delightful, asked where we were headed, and offered up suggestions before escorting us to the elevator. I like it when a man takes charge :), but I digress.

The rooftop was smaller than I had expected, but beautiful nonetheless. There was a pool with cabanas and deck chairs and the Highlight Room was in the back. It’s open but covered by a retractable roof which was closed today, probably because it’s been rainy and windy.  I wish they could block out the wind better, but it’s not easy tempering Mother Nature.  I look forward to being there on a warmer day in the Spring when it’s open with the sun beaming down on us.

Anyway, soon after being seated, our waitress, Alex (who was awesome), stopped by, and after perusing the menu, we decided on sharing the Lobster Toast and the Chickpea Salad, and, of course, a Pinot Grigio for Gretchen and the Malbec for me which I preferred over the Kenwood Cabernet, though I wasn’t crazy about either.

The Lobster Toast arrived first, and it’s funny, because anytime I hear lobster on a menu, I have to have it. And each time I do, I come to the same conclusion: I prefer lobster by itself with butter.  Gretchen agrees.  This Lobster Toast, though, was delicious. It’s served open face on a slice of grilled sourdough, I believe, with globs of fresh avocado and heirloom tomatoes. Soooo Fab!!! A must have for sure.

Next came the Chickpea Salad which wasn’t what we thought it was going to be. It was a plate of arugula, with a few slices of zucchini (which we both thought was cucumber), tiny cubes of cheese, tiny pitted olives, tiny baby carrots and shishito peppers which neither of us could locate. Oh… and some chickpeas. We have no idea how they decided to call this a chickpea salad, because that it wasn’t. I have a chickpea salad on my catering menu for Devon Eats, and I call it that because that’s the main ingredient, and while their chickpea salad was alright, we both were expecting something different and thought it should be called just an Arugula Salad. We also thought the addition of some tangerine slices in place of the olives would be a definite improvement.

After we finished eating we just didn’t want to leave, so we decided to have another drink at the bar.  We were really looking forward to having my fav, a B52 Coffee, but they don’t carry Kahlua which is unheard of!!!  So we improvised and had coffees with Bailey’s, Grand Marnier and Avion Espresso Tequila instead.  Not the same deliciousness as the B52, but pacifying.

We also checked out another section of the rooftop which was an enclosed room for private parties (see pics below).  They were preparing for a beautiful bridal party when we peaked in.

Such a fun day today, and what a great Fab place.  We’ll definitely be back to try more of their food, wine, etc and also we also want to try the other restaurants at the hotel.