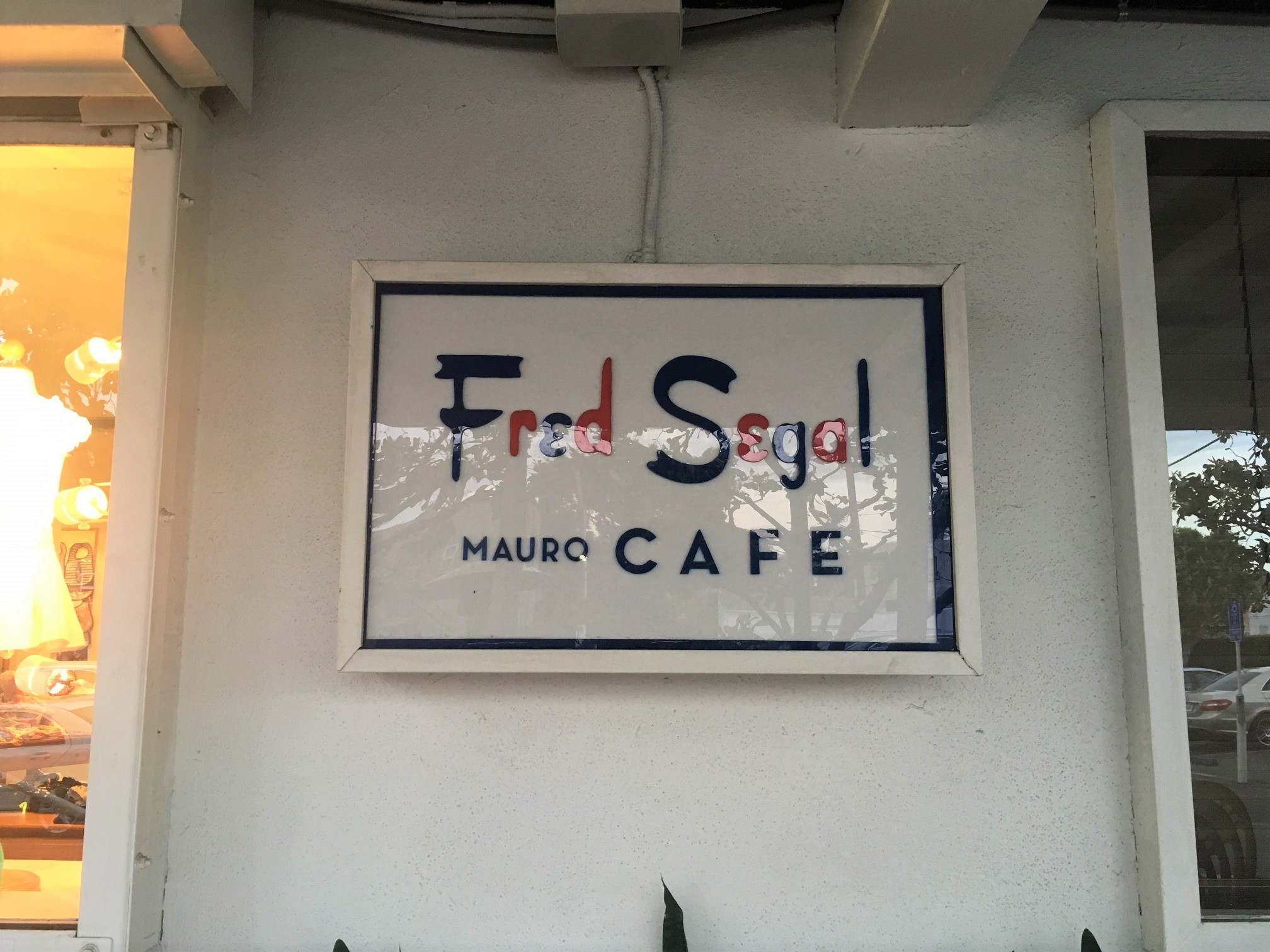 Gretchen, her husband Bobby and I had previously purchased tickets to see the Chambers Brothers at the Improv in Hollywood tonite, so Gretchen thought it would be convenient to have an early dinner at Mauro’s Restaurant/Cafe across the street. Being that they don’t actually serve ‘dinner’ per se, I called for a 5:30pm rsvp (FYI they stop serving at 6pm). It was actually nice to get there with plenty of time before the concert started, and thankfully they didn’t rush us out.

I met them there where they had a seat inside. I’ve always loved the young, vibrant feel of Fred Segal’s and granted, I haven’t been there in over 20 years, I was happy to see that not much has changed. It’s fresh and open with ivy covering the walls, and lots of Fab shopping inside. And the restaurant, which I hadn’t been to, looks like they have a nice bar and outdoor dining as well.

Shortly after I arrived, the waiter came by and showed us the specials, and even though I wasn’t that hungry, I wanted to try them all.

For dinner, Gretchen, settled on the Spaghetti Broccoli & Tiger Shrimps.  While we all thought the shrimp was Fab, Gretchen thought the pasta was very Plain Jane and she needed to bury it in parmesan to get some flavor into it. She was also really looking forward to larger shrimp considering the name. I think maybe it was a bit deceiving as the shrimp were cut in half lengthwise.

Bobby chose the Beef Short Ribs, which we all thought was tender and Fab. The sauce, imho, was a bit thick, but pretty standard for short ribs and very nicely done.

As for me. I opted for one of the specials, Spaghetti with Meat Sauce Fresh Spinach & Burrata which I thought was quite good, especially with the melted burrata over the top.

Gretchen and I also shared the Delicious Butter Lettuce salad which we both loved, but there was a Butter Lettuce Special that looked a lot better. Oh well.

For dessert, they brought us a plate with all their options. Yum! Haven’t seen that in a long time, and it was nice to pick with your eyes as opposed to a description. We collectively chose the Carrot Cake, and it didn’t take long before we devoured it. It had just enough sweet, even for me, and was moist and delicious.

We left there close to 7pm, just before the show started, quite satiated and satisfied.