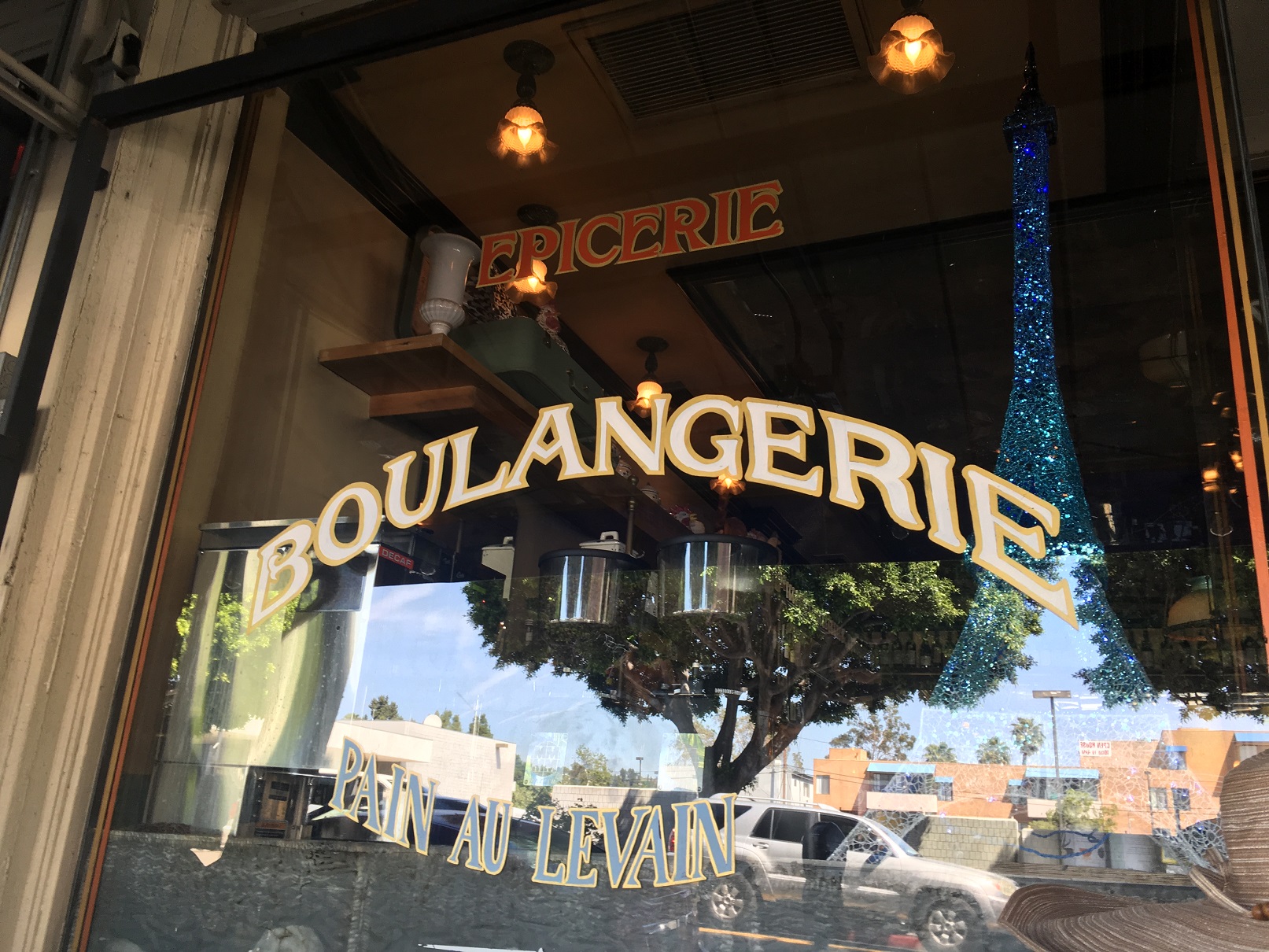 After our morning in the garden for Project Angel Food, we decided to scope out the Los Feliz area which was just north of where we were. We parked then asked a guy who we assumed was a local if there were any good places near by, one of which he mentioned was Figaro Bistrot. As we turned the corner we saw it and thought it looked like a nice place to get some refreshing beverages, so we grabbed a seat outside.

It’s a charming French bistro/boulangerie/lounge that reminded Gretchen of some of the local cafés in France and me of springtime in New York. Gotta love sidewalk seating outside a European café.

While we weren’t that hungry to begin with, we each ordered a Lemonade which was not too sweet and not too sour, but certainly large enough for the both of us to have shared. Then after a bit, we decided to stay for lunch.

Their menu offers many French classics like Salade Niçoise, Le Croque Madame, Escargots au Beurre Persillé and variations of Moules with Pomme Frites. Gretchen decided on another French classic, Quiche aux Épinards (Quiche with Spinach) which she loved and paired it with a glass of Sancerre. It also came with a side of Caesar Salad and it all reminded her of eating by the Champs-Élysées. I had the Salade de Steak which was also delicious.

As we ate, I spied our neighbor, Jeff, who had a giant Café au Lait which I had to take a picture of. He and his friend, Audrey, were very sweet and friendly, and while not being from this neighborhood, they were familiar with the area and loved this restaurant and also recommended a few others we plan on trying next time. Thanks Jeff!

After our Fab relaxing lunch, we were off to Home Depot to get some supplies for Gretchen’s garden.