The Chambers Brothers at The Ash Grove: Improv Hollywood 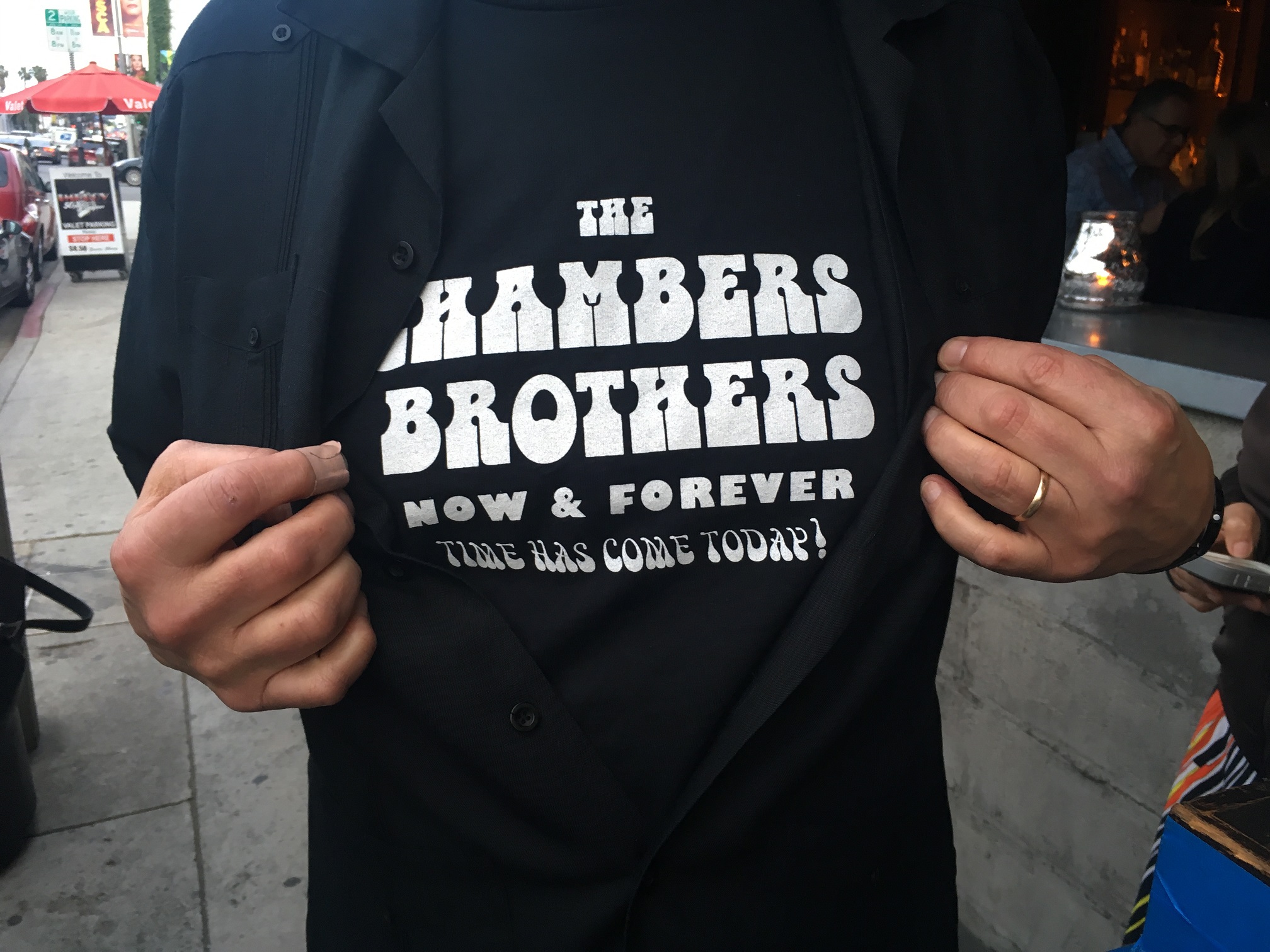 I actually had the great pleasure meeting Lester Chambers and his wife, Lola, several years ago when their son Dylan was performing in NYC. Lester could not be any cuter or more adorable, and Lola was sweet and delightful. It was also apparent that Dylan got much of the family’s musical talents. So, after hearing that they would be performing here, I reached out to Lola, but she said that Lester wouldn’t be performing that night. While it would have been wonderful to see them again, I looked forward to seeing the others.

We arrived there just after 7pm after our Fab dinner at Mauro’s Cafe at Fred Segal, then met up with Robert Landau, his brother, Jeff, and some of his other friends in the front bar area. After a short bit, we were called in to the theatre area where Robert had reserved seats for us. Thx!

Soon after, they opened with a short film about the rebirth and history of the Ash Grove. I thought the Improv was an unusual place for live bands, but quickly learned that it originated as the Ash Grove which was a mecca for folk and blues music as well as one of the few venues where multi-cultural acts were allowed to perform back in the 60’s, including Muddy Waters, Doc Watson, and, of course, the Chambers Brothers.

Let me tell you, these guys were beyond FAB from the moment they walked on the stage. And the other brothers, Joe and Willie, were just as adorable as Lester, and such amazing and entertaining showmen. People got up and danced and just loved the show, their humor, and their youthful spirit.

The played a medley of blues and old school rock, from Curtis Mayfield’s People Get Ready to Little Richard’s Long Tall Sally and To Love Somebody by the Bee Gees, as well as a tribute to the Fab late Chuck Berry, Johnny B. Goode. They closed the show with their classic Time has Come Today. So Fab!!

My only regret was not having stayed to meet the other brothers. I hope to get another chance to do so in the near future.