Inn at the Seventh Ray 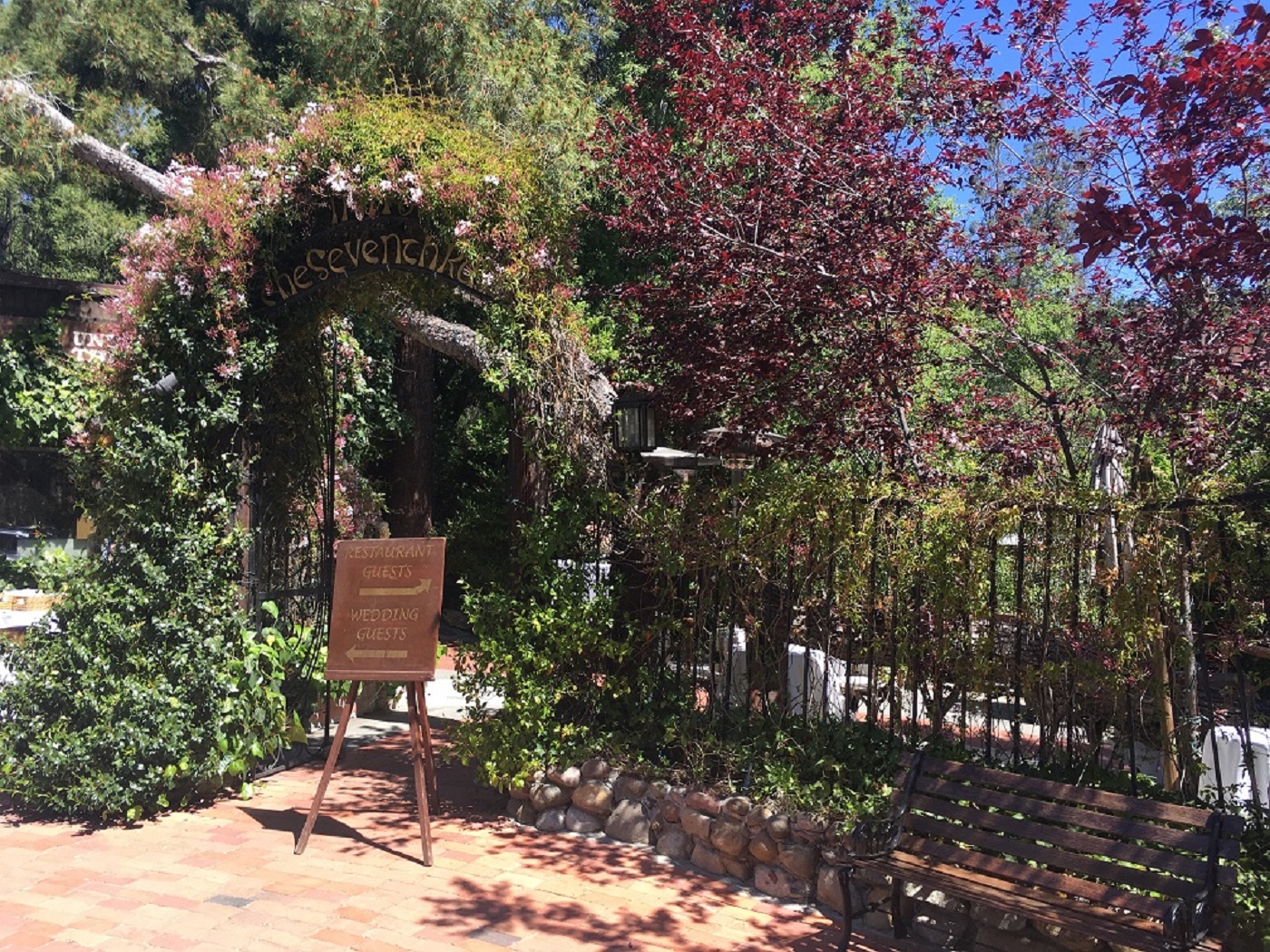 Gretchen and I headed over to the Inn of the Seventh Ray in Topanga Canyon today, because her friend Claudia Lennear invited us to hear her perform with friends at Will Greer’s Theatricum Botanicum. They were doing a tribute to Pete Seeger, a folk artist, called “The Rising of the Women” which included songs from other folk artists like Woody Guthrie who wrote This Land is Your Land amongst many others you probably sang at summer camp.

It was a bit of a challenge getting out there, mostly because I made the mistake thinking that Old Topanga Canyon Rd was the same as Topanga Canyon Rd. FYI it’s actually a road that turns off of N. Topanga Canyon Rd. Regardless, we got there in good time, and it was a pretty easy drive; very woodsy and scenic. It’s horse country in the middle of LA.

We made an rsvp for 12:15p via Yelp, since they’re not on Open Table, and arrived just on time. We were quickly seated and waited a few minutes before the waiter came by. Since we were trying to get to the theatre by 1pm, we ordered and told the waiter we were in a rush. About 40 mins later, Gretchen got up and asked someone what was happening. The waiter then came by and said our food was coming. We also asked if we could get our drinks, and after reminding him what we had ordered, he brought them out. Our food came out shortly after.

For drinks, Gretchen ordered a La Grange Chenin Blanc and I a coffee and a Lavender Infused Mimosa, which was refreshing and light. I thought it would be a regular mimosa infused with lavender, but it was more like a lavender infused champagne with a slice of lemon. Not what I was expecting, but I enjoyed it nonetheless.

For lunch/brunch, Gretchen had the Broccolini and Asparagus Omelette which she loved and I had the Gravlox and Cream Cheese Toast, also very good, but it was room temperature. I’d have preferred the cream cheese, salmon and greens to be colder. But what’s really Fab is that the food they serve is 95% organic, locally grown plus they offer gluten free and vegan options.

While I hope it was just an off day for our waiter, all in all, we enjoyed just being there. It’s a rustic country inn nestled alongside a creek. We saw ducks and even a couple young deer enjoying nature, and they saw us doing the same.