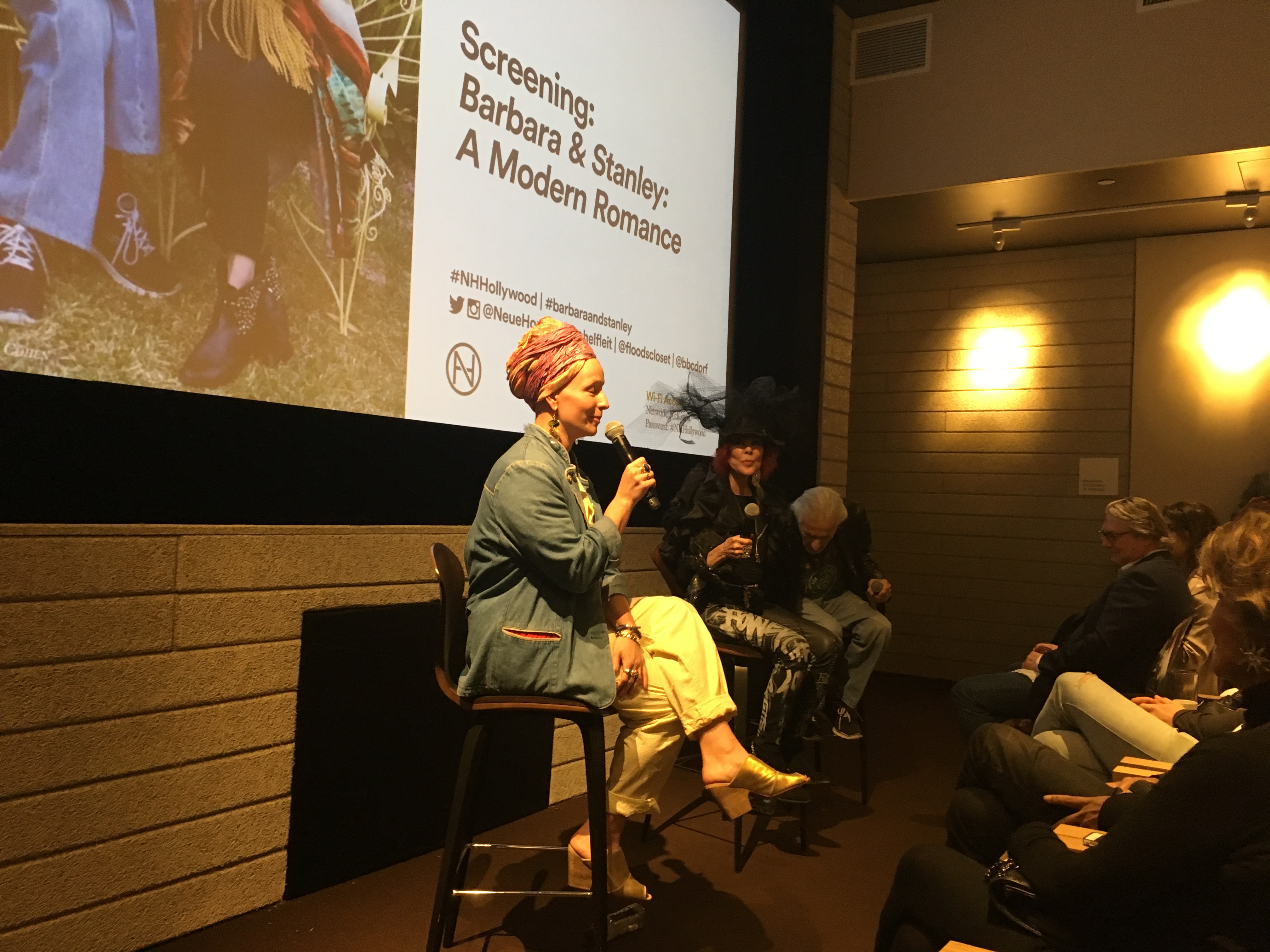 After our Fab dinner at Paley, we (Gretchen, Sally Kellerman and myself) walked next door to the NeueHouse where a screening of a documentary short, Barbara & Stanley: A Modern Romance, about two other dear friends of Gretchen’s was being shown.

In brief, it’s about the long distance love affair between Barbara Flood, a stylist and model, and Stanley Dorfman, a film director and producer. They’ve been together, but living apart, she in NYC and he in LA, for the last 40 years and are yins to each other’s yang.

I initially was expecting a feature length film I thought I’d have to interrupt. I was in the front row away from the exit and was feeling my bladder beginning to knock when it started. While I was grateful it ended up being a short, it left me wanting more of this delightful, delicious, delovely Fab couple. It immediately grabs you from the moment it opens with her in NYC chatting with him on the phone in LA. And the music is a perfect compliment.

What a treasure this film is. I hope they make it longer.